Recently as you know, a targeted attack has been made on Blink Charging and me personally. Let me be clear on what is occurring: an anonymous group is waging a warrantless attack against our Company for what I can only assume is a malicious purpose. I want to assure you, without equivocation that nothing they have written about our Company and myself is true.

For example, Blink stands by the number of units we have deployed. Those numbers have always, and continue to be, properly reported in our filings and press releases. Although on a combined basis Blink sold or deployed more than 23,000 charging stations through upgrades and attrition as of June 30, 2020, we had 15,151 charging stations deployed, of which, 5,385 were Level 2 commercial charging units, 102 were DC Fast Charging EV chargers and 1,193 were residential charging units all connected to the Blink Network. Additionally, as of June 30, 2020, we had 305 Level 2 commercial charging units on other networks and there were also 8,166 non-networked, residential Blink EV charging stations.

Additionally, Blink has multiple business models, which include units that are (i) owned and operated by Blink, and (ii) wholly owned by the customer. While Blink has total control and expeditiously resolves any issues with those units which it owns and operates, it has no control over those units owned by its customers. We have been actively and continuously working with host owned locations to communicate with those customers to repair or replace first-generation units that are experiencing issues.

Instead of acknowledging that Blink purchased assets at a steep discount because of their previous ownership’s issues, these anonymous cowards are insinuating that somehow Blink was involved in the previous owners’ failures. The actual truth, however, is that in those acquisitions, we bought assets for pennies and nickels on the dollar. Those strategic acquisitions were instrumental in Blink being where it is today and setting it on a clear path for tomorrow.

That being said, my purpose today is to write you not in my position as CEO of Blink Charging, but in my capacity as investor and a believer in our amazing Company and the team within it.

I founded Blink (formerly Car Charging), out of my love for cars. When I sat in my first electric vehicle, I instantly knew, as a car junky, that internal combustion engines were finished, and electric mobility was the future. Nothing can compare to the instant power an electric motor can provide. Eleven plus years ago, no one would listen to me and my friends and family thought that I completely lost my mind, because they thought that there was no way EVs would ever become mainstream. Fast forward and my dream is becoming a reality. The EV industry is bigger than ever and Blink, is poised to be the Company that charges it all.

There have been many ups and downs in my tenure with Blink. There is no truth to claims that this was a huge scheme to pump money into mine and other insiders’ pockets. This is not a scheme and I have invested over ten years of my life to prove it. I put blood, sweat and tears into growing this Company, an EV charging infrastructure company, through times that no one had any interest or faith in the EV industry. I funded this Company with my own money and money I begged for and borrowed from friends and family. I am not simply just an investor; my whole entire life has been invested in this Company. Unfortunately, my family can attest that there have been times during the past ten years where I put the payroll of the Company before my family’s living expenses (just ask my ex-wife).

I have the utmost dedication to our Company. I was ousted as CEO from the Company and I stuck around to make sure the idea was not scrapped. When those who ousted me out were ready to throw in the towel, I used every resource available to me to buy them out and ensured that Blink Charging continued.

When there were issues with Blink’s uplisting to the Nasdaq, I returned millions of shares and warrants to Blink’s treasury so that the deal would go through. Just check the Company’s public filings. I personally invested in the offering that occurred simultaneously with the uplisting. I have never wanted anything but to see the success of this Company, just like the rest of you.

The personal slanderous attack I sustained is vicious as it is full with lies and fabrications. I was simply a shareholder in Skyway after its reverse merger. Imagine a world where investors are held accountable for the activities of the companies they choose to invest in. Imagine a world where those who invested money with Enron or Bernie Madoff went to jail for being an unaffiliated uninvolved investor/shareholder.

Additionally, while I was a principal shareholder in Genesis Realty, I was not an officer director, affiliate, or manager of any company called Genesis Intermedia. The two companies have nothing to do with one another other than sharing the first word in their names. I have never had anything to do with Red Sea Management Limited, nor was I ever remotely connected with it or known anything about the company or their principals. Just because the authors of these outrageous false reports named companies I was involved with next to the names of those other entities does not create a connection between me and them.

As to the involvement of Jaclin, Honig, and Keener, we paid for legal services relating to securities work, which were provided by Jaclin’s firm, when we merged Blink with one of the firm’s shells. This has given Blink a negative perception, which we have long been trying to shed. Many years have passed since, and Barry Honig ceased being an investor in Blink approximately ten years ago. Earlier this year, the SEC brought charges against Justin Keener for activities similar to the transaction he conducted with Blink, where he took advantage of those companies. Keener recently notified Blink that he is no longer a shareholder in the Company. It is also important to mention that neither Jaclin, Honig, nor Keener, had any legal issues at the time of their respective involvement or investment in Blink, we had absolutely no way of knowing.

I cannot stress enough how much this Company means to me and there are times where I wish I would have relaxed and spent more time with my family, but Blink has been my priority. Many of you may know that in January of 2019, my ex-wife and I lost our son Sammy the day before his 16th birthday. More than anything, the experience of losing a child gave me clarity. It revealed to me that your whole entire world can end in a fleeting moment. It is so important to cherish every moment you have and spend your time uplifting and enhancing your life, your family’s lives and lives of those around you. To be a builder not a destroyer. Blink, its employees, and investors have been my second family for the last 11 years, and I am determined to protect them. I am not hurt by these anonymous cowards, instead, I feel for them. They are taking moments they should be cherishing and instead trying to bring down Blink and its thousands of shareholders, just for a couple of dollars. I hope for their sake, they rethink their lives and choose to spend more time uplifting.

Nothing these anonymous cowards wrote about our Company or me is true. Nothing they write, hidden behind their computer, can take away the decade of my life I have dedicated to our Company. I have never been more excited about the direction of our Company and never has the Company been positioned better to capitalize on the ever growing EV industry. Of course, people can try to bring us down. Now more than ever I must ask that you believe that these allegations are nothing more than baseless, slanderous and vicious allegations and support me in my leadership of this gem that we all share. We will not waste any more time with these meritless accusations instead we will focus on moving forward and proving our worth. 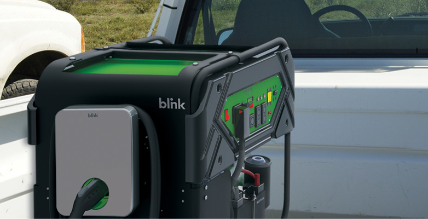 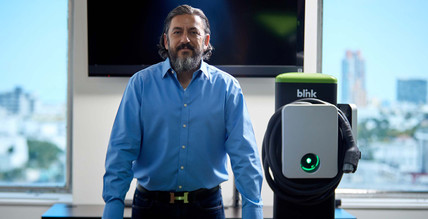 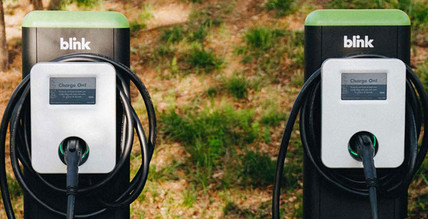 Be in the Know

Stay informed and receive company updates straight to your inbox.
Sign up today
Blink Charging had their Initial Public Offering on Nasdaq trading as BLNK and BLNKW on Feb. 13, 2018.